A thesis by Khairul Rizal

ABSTRACT: This research seeks to explain the unevenness in development across Indonesian provinces. Existing studies are mostly framed by mainstream growth theory in an attempt to explain the divergence and/or convergence of regional rates of economic growth. Those studies, however, pay insufficient attention to geographically specific socio-political relations in shaping the capacity of regions to grow toward different, and usually diverging, paths of development. In investigating why and how regions differ in their capacity to carry out development, an evolutionary approach is adopted to reveal the place-specific aspects influencing regional growth. This research particularly looks at an important aspect of regional development, i.e., its industry structure. Regional industry structures arguably mirror regions‘ capabilities in developing new industries, which, in turn, shape its future development paths. Regional change is understood as an industrial branching process, with regions diversifying into industries related to the existing industry structure. While new industries are important for regions seeking to diversify their economic bases, the direction of regional evolution is often assumed to be moving toward more sophisticated industries. In fact, industries that are highly motivated by lower domestic factor costs may cause regions to pursue low-end economic activities. Moreover, while the endogenous process of industrial branching is observed in regions of the countries in the Global North, work on regional development in the countries of the Global South highlights the role of exogenous relations, often in the form of foreign direct investment (FDI) in initiating development processes. This thesis thus improves evolutionary work on industrial branching by taking into account the direction of branching, the role of FDI, and the influence of factor costs in the evolution of regional industry in Indonesia. Most importantly, the interaction of those endogenous forces and other factors of production is shaped by specific regional institutions, which are part of the analysis as well. 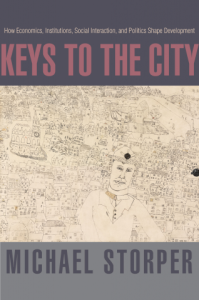